NRSF and Dick Van Dyke Go To The SAG Awards!

In 1987, Dick Van Dyke lost his granddaughter, Jessica Van Dyke, to Reye’s Syndrome.  Like so many others, Dick’s 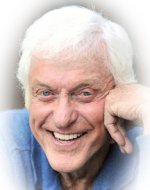 relatives and friends had never heard of Reye’s Syndrome prior to Jessica’s death. When Dick found out about the lack of general knowledge on this childhood killer, he pledged his full support in bringing the awareness of Reye’s Syndrome to the public by volunteering to become the Honorary National Chairman for the National Reye’s Syndrome Foundation.

At the age of 86 he shows no signs of slowing down. This year, the Screen Actors Guild will award Dick its highest honor; The Life Achievement Award.

The 86-year-old entertainer will receive the honor at the annual Screen Actors Guild Awards ceremony in January. His humanitarian work on behalf of the NRSF will be highlighted in a special segment.

Born December 13, 1925, in West Plains, Missouri, to Loren and Hazel Van Dyke, he grew up in Danville, Illinois. He is the father of Barry Van Dyke, and older brother of actor Jerry Van Dyke, who is best known for his role on the TV series Coach. His grandson, Shane Van Dyke, is also an actor and directed Titanic II. Dick’s career spans six decades.

Dick starred in the films Bye Bye Birdie, Mary Poppins and Chitty Chitty Bang Bang and in the TV series The Dick Van Dyke Show and Diagnosis: Murder. He has a star on the Hollywood Walk of Fame on Hollywood Boulevard, and he has already won a Tony, a Grammy and five Emmy awards.

Dick will be presented the performers union’s most prestigious accolade, given annually to an actor who fosters the “finest ideals of the acting profession,” at the 19th Annual Screen Actors Guild Awards®, which premieres live on TNT and TBS on Sunday, Jan. 27, 2013, at 8 p.m. ET, 7 p.m. CT, 6 p.m. MT and 5 p.m. PT.  The work he has done with the NRSF will also be showcased.

Thanks for all you do, Dick! We’ll be cheering with you!  Chim, Chim, Cherri!